It looks like this week is a plate race, so why kill yourself researching when at least half of the winning lineup will be fluky survival picks? 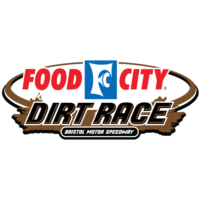 I could be wrong, this could be a demonstration of excellence. There are a lot of unknowns, but what we do know seems to point in the direction of madness.

I'm not going to labor over podcasts, and read articles and stats from dirt races with actual cars designed for dirt with actual dirt competitors. I'd rather spend my time studying 2021 data and preparing for Martinsville. I will still put some work into the spreadsheet, about the same time I put into a plate race spreadsheet.

This site is free and this approach affords me freedoms that other content providers do not have. I believe that other providers have to inefficiently use the scare resource of time on Bristol content. The theatrical performance will go on as scheduled. There is an edge the protagonist proclaims! Maybe there is, but it's probably small, and the way it works, everyone will know that edge by Sunday morning. Let someone else split the atom this week. Who knows, maybe their phoning it in and being transparent about it. I have no idea, but you will want to lean on others this week, if you want to go off the deep end. There are plenty of free contributors out there, give them a follow.

Watch any of Cruz's Bristol videos. This race will be a mess. He knows what he's talking about. If he didn't, then his Bristol video would not have soared to over 100,000 views in one day. It's probably not a stack everyone in the back plate track lineup. It's probably three head scratchers and three seasoned dirt racers. We've seen this work in plate races, especially in the lower series. Three decent drivers stay up front an out of the madness and three lucky survivors slide into the optimal lineup with no rhyme or reason other than today was their day.

As the week progresses, we will have a better idea of the build, but there isn't much to do for Bristol right now. I hope that I am not disappointing anyone, but this is a good week to do something different. Either by focusing on future races with a keen eye on past races or maybe just easing up on the gas a little. It's a long season. On Friday, we can get back on the gas pedal when practice returns, but the next couple days will be slow around here.

Posted by Race4thePrize at 6:44 AM