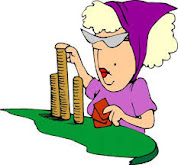 The web traffic has been it's highest in two year. Imagine that, make it all free, and people come out of the woodwork. I might as well put something up this morning, since you're visiting. There's no pay wall, I can post what I want, when I want. Back when I was selling, I had to keep this stuff behind the paywall in the notes section of the DFS NASCAR Spreadsheet. Otherwise the paying customers would be getting cheated. Now, you can all see my bad ideas.

A.J. at 8/1 - Nope. His setup was way off last year at the Daytona Road Course in the Xfinity race. What makes you believe that this small team is going to guess correctly in Cup while also having to guess correctly in the Xfinity series? He won at the Roval, but Kaulig has much more experience at that track. Maybe, their Xfinity notebook is stronger this season, but betting him in Cup at these odds is a mistake. They should be longer.

Bubba at 100/1 - Yes. That's insulting. He was inside the top 10 on the last lap of the 2020 DRC race last season, but Alex Bowman dumped him. Bubba can early stage pit his way into the top 10 to start stage 3. You're getting a 100/1 driver inside the top 10 in stage 3 with a JGR car and he'll be extremely aggressive. Maybe the leaders take each other out. Maybe he has a good restart. A lot can happen, but Bubba with the same odds as Anthony Alfredo is a major error.

Buescher at 150/1 - Similar to the Bubba reasoning. He cycle to the top 5. Had some clean restarts and held his position. It's the second race of the year, not the middle of the season. Drivers will be more cavalier, we could see another finish similar to the Clash.

Hamlin at 8.5/1 - Yes. No explanation needed. He's just as good as Elliott, if not better and Hamlin's payout is much better. Watch the DRC race from last season count how many times Elliott passes for the lead. I'll go ahead and do it for you. The answer is zero.

Kyle Larson 25/1 - Hendrick has good road cars. Larson's team is the #48 team from last season, and Jimmie Johnson was a top 5 car all race long in the DRC race. Forget about Larson's 2019 road course races, those were high horsepower high downforce races. This race will be a low downforce race, and the last time that setup was officially used at a roval type track was the inaugural Charlotte Roval race. Larson led the most laps (47), but his finish was tarnished by a stage 3 restart where the leaders jumped off the cliff in turn 1.